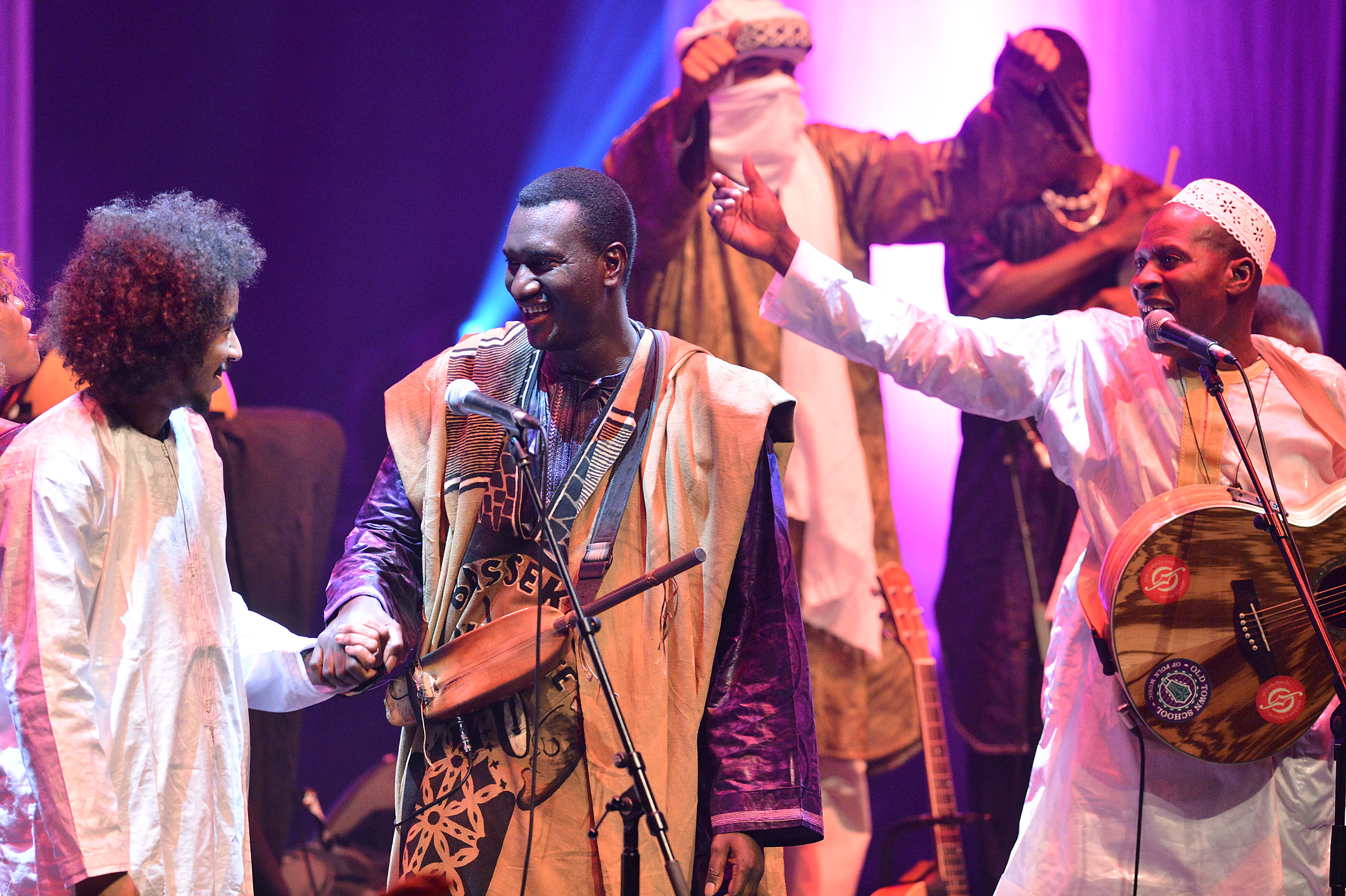 Sahara Soul paid tribute to Mali, a country with a wealth of musical traditions which is currently struggling against military insurgence. By inviting three artists from disparate cultural factions to share a stage, Sahara Soul enabled some of Mali’s most talented contemporary musicians to express their solidarity while showcasing the rich artistic heritage of this West African nation.

Sahara Soul featured fiercely independent performers Bassekou Kouyate & Ngoni Ba, Tamikrest and Sidi Toure. A native of Segou, South Mali, Grammy Award nominated Bassekou Kouyate is rooted in the Bamana tradition. Widely credited with revolutionizing the ngoni, an ancient African stringed instrument believed to be the ancestor of the banjo, Bassekou has modernized its use in ways previously unimaginable. Tamikrest are a Saharan Touareg band whose homeland lies in the Northern territories. They sing in Tamashek and play a unique brand of desert blues, hypnotic dub and psychedelic rock full of the rebellious spirit of nomadic people. Sidi Toure comes from Gao, the ancient city on the banks of the River Niger in the North, recently devastated by militia attacks. This singer-songwriter performs Songhai folk songs, fusing real-life African storytelling with magical-realism.

A recent surge of Islamic fundamentalism in the North of the troubled West African country has sadly added tothe secular tension between the Malian government and the Touareg, causing chaos across the region.

At a time when Mali faced many challenges, Sahara Soul created a platform from which its creative community can have their voices heard. Basssekou Kouyate & Ngoni Ba, Tamikrest and Sidi Toure have all lived through the devastating consequences of the country’s current instability. By agreeing to appear together, for the first time, these artists have cast their political ideology aside with one goal in mind: to demonstrate Mali’s strength, its diversity, and the power of music to unify people.

Sahara Soul provided a rare opportunity for Malian musicians to join together to express their collective defiance of oppression.